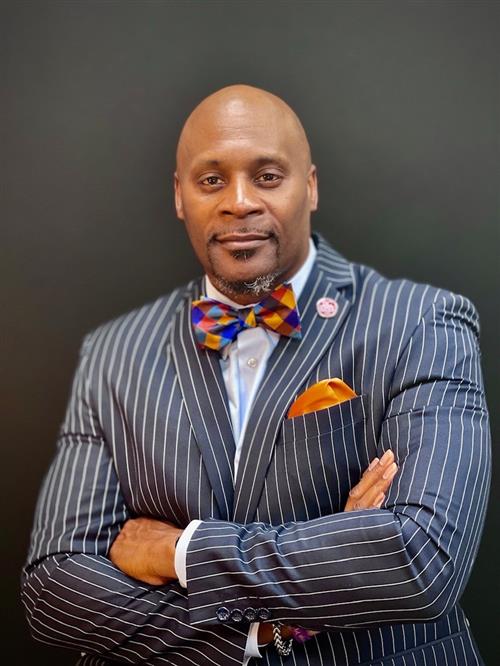 Mr. Hemby also serves as an Ordained Deacon at New Mount Zion Baptist Church. He is a Nationally Certified Principal Mentor as well as a Diagnostic Review Team Leader for Cognia Consulting. He also serves on the Orangeburg County Educational Foundation Board and is a member of the District’s Strategic Planning Team. Within his fraternity, Omega Psi Phi, he has been a proud member for 26 years and has served on the Sixth District’s Executive Team for the past 10 years.

“With humility, I am honored for the opportunity to serve as the newly hired Coordinator of CTE and K-12 School Improvement,” said Mr. Hemby. “I am excited to continue supporting the students, faculty, staff, parents and the community of OCSD.”

During Mr. Hemby’s 20+ years in education, he became a servant administrator, educator, and mentor. His administrative experience includes numerous appointments to serve as a principal for five unique schools, including three high schools and two middle schools. He is currently finishing up his sixth year as the Principal of Holly Hill-Roberts Middle School. Prior to serving OCSD schools, he served in Bishopville, SC and Allendale, SC.

You can view the press release by clicking on "Hemby Named New CTE Coordinator".